Why hasn’t Tiger Woods won at Riviera? There are a few reasons

LOS ANGELES – For PGA Tour brass there is no better time or place for Tiger Woods to set the all-time Tour wins record than right here, right now, at Riviera. We can see it now, this intersection of legends past and present: Tiger passes Snead at Hogan’s Alley.

To turn fantasy into reality, however, Woods will have to conquer what has proven to be the most vexing challenge of his career.

Woods has a love-hate relationship with the old L.A. Open, the Tour stop that was closest to his childhood home in Cypress, California, that was the site of his first start, in 1992, as a 16-year-old, and that now is run by his group, TGR Ventures.

But not all of Woods’ memories here are positive. As a pro, he’s 0-for-10 at Riviera. Never has the game’s greatest winner tried and failed so many times.

So why hasn’t Woods been able to solve the George Thomas riddle? He simplified it during his pre-tournament news conference Tuesday: “Well, I have historically never really putted well here.”

And, yes, that’s true (as we’ll explore below). But there are a few other reasons, too.

Woods is right: Comparatively, he hasn’t putted these bumpy poa annua greens well. As golf statistician Justin Ray pointed out this week: Since 2004 (when strokes-gained statistics were first used), Woods has lost 0.08 strokes on the greens per round at Riviera. The average per-round gains for that week’s winner? 1.34.

Poor putting certainly undid Woods last year. On a dreadful Day 1, he took 34 putts. For the week, he missed 10 times inside 10 feet, including three from within 5 feet. Though Woods can’t be expected to make all of those attempts, it’s worth noting that he finished eight shots back of winner J.B. Holmes.

“For some reason everything kind of breaks toward [No.] 6,” Woods said, “and I still haven’t quite figured that out.” 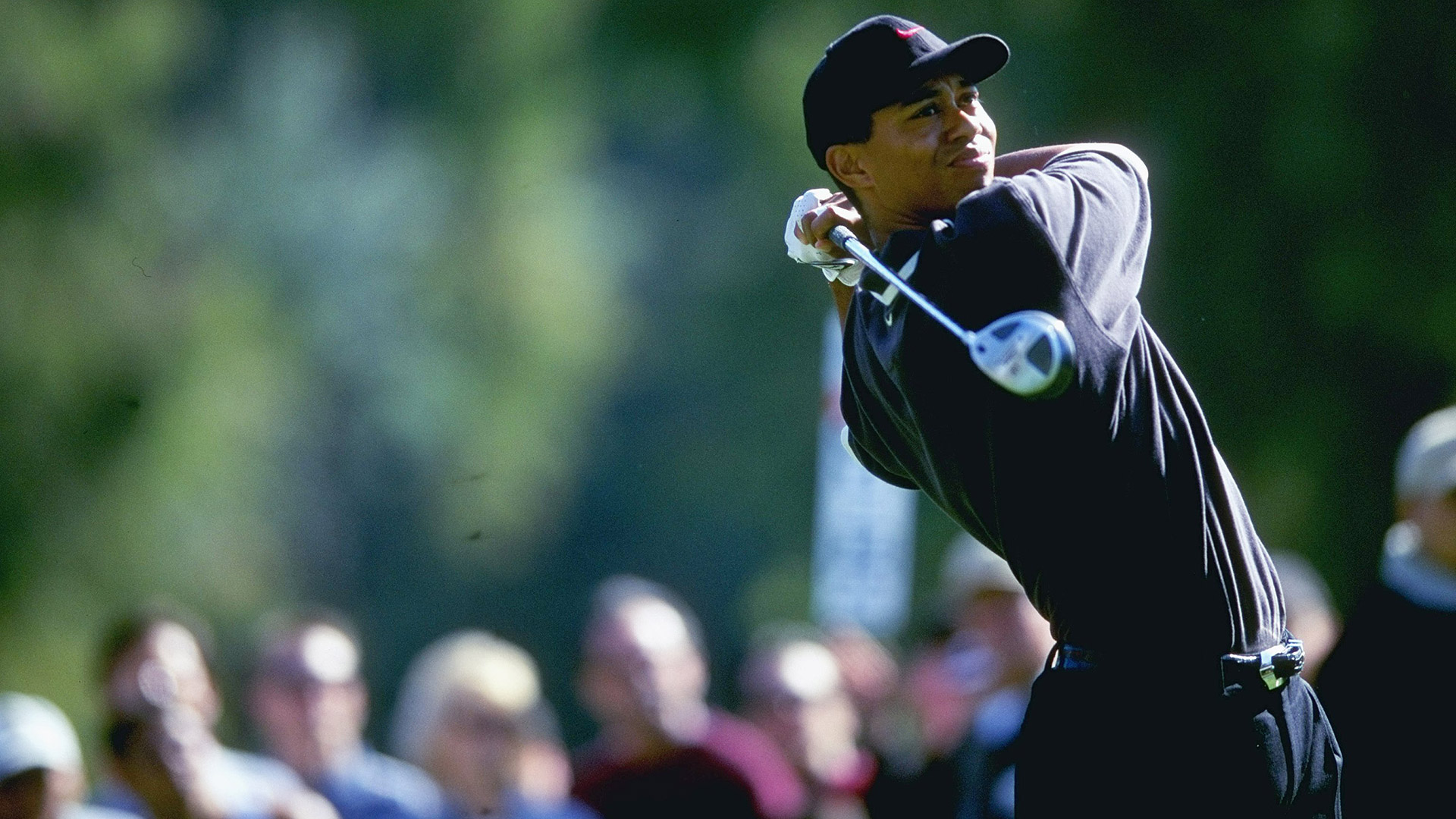 Woods has been far from futile in Hollywood, of course. He has four top-10s in 10 pro starts, but only once has he had a legitimate chance to win.

That came in 1999. Playing in the final group with Davis Love III and Ted Tryba, Woods needed a birdie on the 72nd hole to force a playoff with Ernie Els, who had bogeyed two of the last three holes. Woods’ approach into the home hole got caught up in the wind and sailed right, bounced into a concession stand and rolled under a chair. After a free drop, he pitched to 25 feet and missed the par putt, eventually losing by two.

“I had my chances for birdies and wasn’t able to convert,” he said that day. “You have to make those to win.” 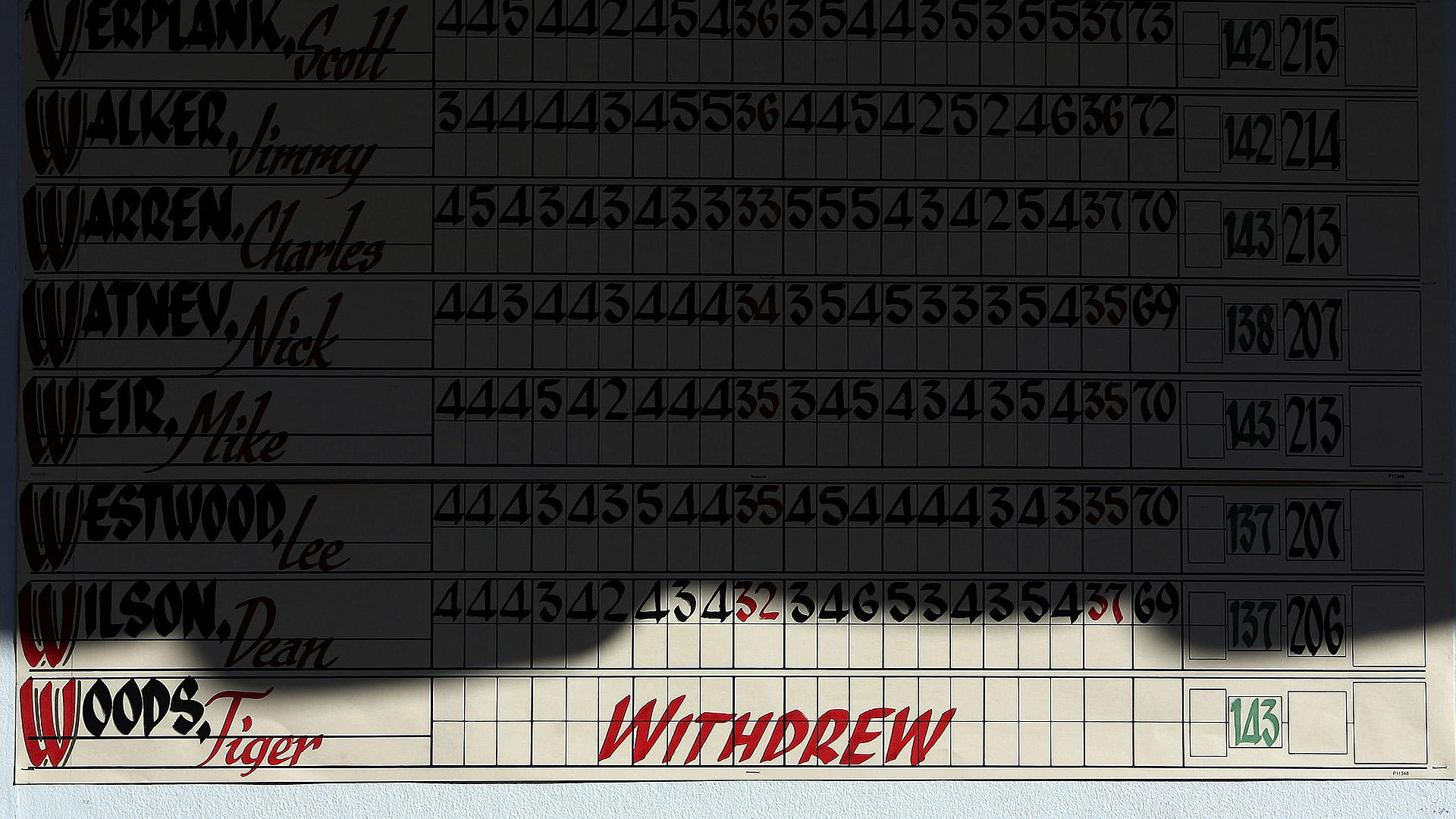 Until his foundation stepped in to run the newly renamed Genesis Invitational, it appeared as though Woods’ final appearance at Riviera might be an early exit.

Looking for his third victory in a row on Tour, Woods battled the flu and cold amid rainy conditions in 2006, recording rounds of 69-74 to make the cut on the number. He withdrew before the start of the third round – the first time since turning pro that he’d pulled out of an event for a medical reason.

“Tiger doesn’t want to pull out of any event, ever,” his agent, Mark Steinberg, said then, “much less the Nissan Open in his hometown.”

Isenhour: Riviera should favor Tiger, and it starts this week

After that WD, Woods didn’t play again at Riviera until 2018, when he missed the cut while in the early stages of his remarkable comeback.

Injuries factored into that 12-year gap, certainly, but Woods has also had a minimal presence during the West Coast swing. The only early-year stop he’s played with regularity has been Torrey Pines, where he’s an eight-time winner, including the 2008 U.S. Open. He’s never teed it up in the desert at PGA West. He’s played the Tour stops in Pebble (2012) and Phoenix (2015) only once since 2002.

The stars always come out in L.A., but Woods’ involvement has undoubtedly been a boon for the tournament. This year nine of the top 10 players in the world are competing, marking the most for a non-major, non-WGC or Players since 2007.

Viewed another way: Woods’ task of trying to end his winless drought at Riviera – and make history – just got a little more difficult.

Golf Digest. 13th Feb 2020 12:41 pm. Why hasn't Tiger Woods won at Riviera? There are a few reasons. Available at: https://www.golfchannel.com/news/why-hasnt-tiger-woods-won-riviera-there-are-few-reasons/