U.S. captain and quiet tough guy Steve Stricker sets a game plan to win the Ryder Cup in his back yard

Jordan Spieth was struggling mightily in his first cup appearance as a pro, and in need of some help. Through nine holes of his opening Four-Ball match in the 2013 Presidents Cup, Spieth already had hit two balls into the water and badly chunked a 6-iron. At Muirfield Village in Ohio, everything was moving too fast.

Ah, but he had a partner. A savvy, measured man with a bit of experience beneath his vest and a knack for saying just the right things. Steve Stricker was 46, more than twice the age of Spieth, then 20, with whom he was partnered at Jack’s Place. Stricker reached his hand out. “I got you. Just settle in. You’re good. No worries,” Stricker told him.

Two hours later, Spieth had come to life, and he and Stricker stood on the 18th green having defeated South Africans Ernie Els and Brendon de Jonge, 1 up. No worries at all.

“There’s no ‘fakeness’ to Steve Stricker,” Spieth said of the man who will captain Team USA at Whistling Straits in the 43rd Ryder Cup. “What you see now, and every time you’ve talked to him, is who he is. … He’s just got a lot of wisdom. He has seen a lot in this game.”

In truth, Stricker, 54, is—and isn’t—what everybody appears to see on the surface. Raised like a tall stalk of corn in Wisconsin, in nearby Edgerton, about 90 miles from the matches in Haven, he genuinely is one of the most universally liked players on both the PGA Tour and PGA Tour Champions circuits. That’s all true.

What people perhaps don’t see is this: Behind the nice-guy, aw-shucks, Andy Griffith-sweet-tea persona is a driven competitor, fierce and gritty on the inside. 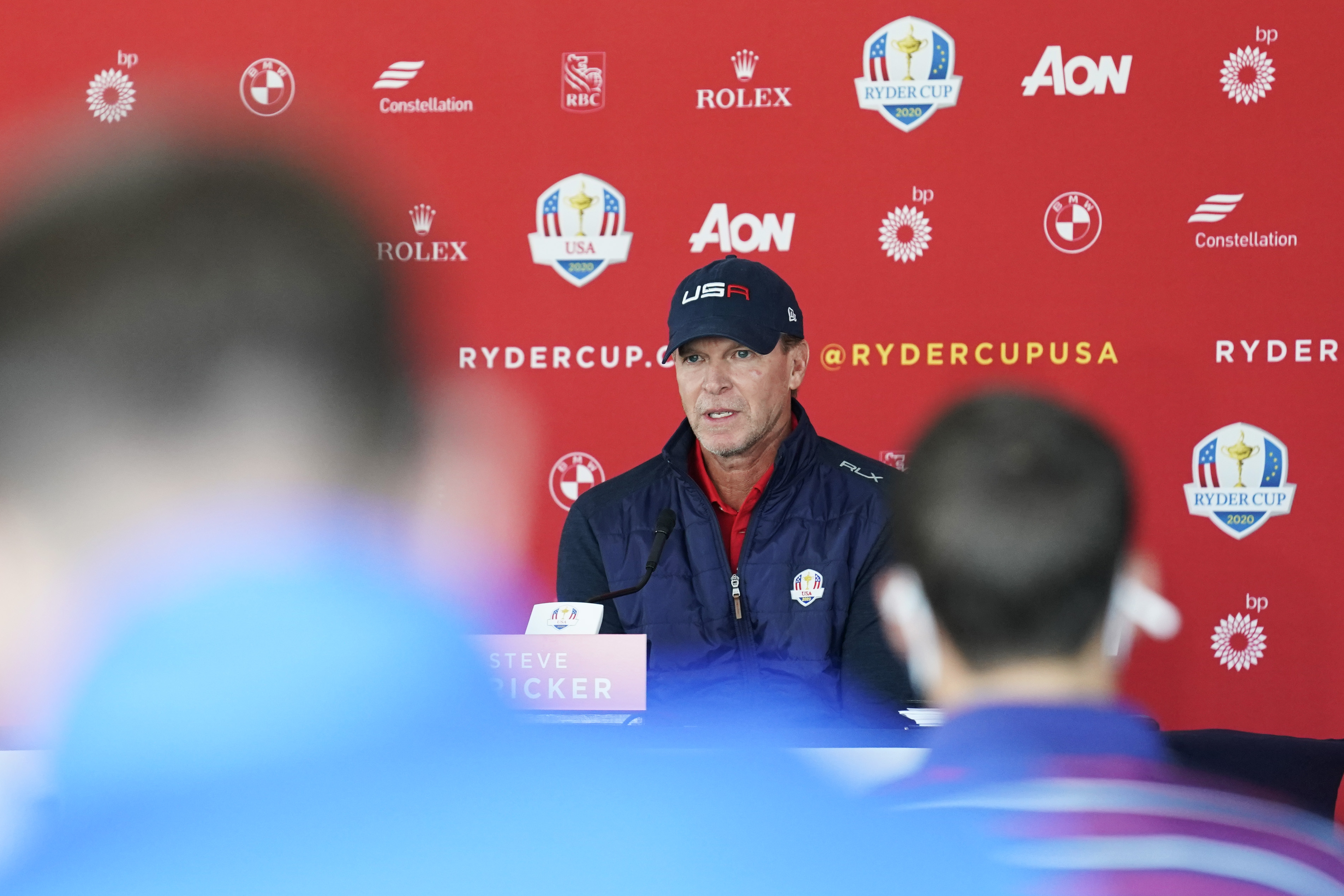 Stricker is a fighter, somebody who completely lost his game for a handful of years but would claw back to be a 12-time winner on the PGA Tour, playing on three Ryder Cup teams. This U.S. team, having lost four of its last five meetings against Europe, needs a fighter running point more than ever.

Stricker vows this much: The U.S. team will not be out-prepared. To that end, Stricker organized two days of practice and team bonding on site at Whistling Straits 10 days before the matches. He is not the first captain to urge players to show up early and study a course.

Deep dives into stats and analytics, autumn weather and wind prognostications, making sure pairings are compatible, figuring out which Foursomes players hit tee shots on odd and even holes, it’s all part of the grand plan for Stricker, who, with Covid-19 pushing the Ryder Cup to 2021, has had 31 months on the job. He knows the highs and lows the Ryder Cup delivers. Stricker was one of six rookies on Paul Azinger’s winning 2008 squad at Valhalla, and he was rendered a helpless bystander as Europe’s Martin Kaymer sank the cup-clinching putt at Medinah in 2012.

Much of the captain’s jargon we have heard before. But when players show up for real on Sept. 21, Stricker wants no surprises.

“My message from Day 1 has been to try to out-prepare the other team, the European team, and for me, it’s been that way throughout my career,” Stricker said.

Stricker basically has had three playing careers. There was the long-bashing blond world-beater from the mid-90s with great potential and promise, a player who won twice in 1996 and caught the attention of Tiger Woods as a potential future rival. (“He seems kind of shy,” Woods once said of Stricker, “but you look at him and know that whatever is inside is tough.”

There was the player fighting to keep his Tour playing privileges from 2002-2005, who had huge driver woes, and in one futile stretch had one top-10 in 100 starts. Finally, there was the 40-something Stricker, who honed a reliable swing, became a killer with the wedge and putter, and won nine times between 2009-2012.

“He knows what he is doing,” said Irishman Padraig Harrington, who will captain Europe at Whistling Straits. Harrington first met Stricker 20 years ago, when Stricker beat him at the WGC-Match Play in Australia. 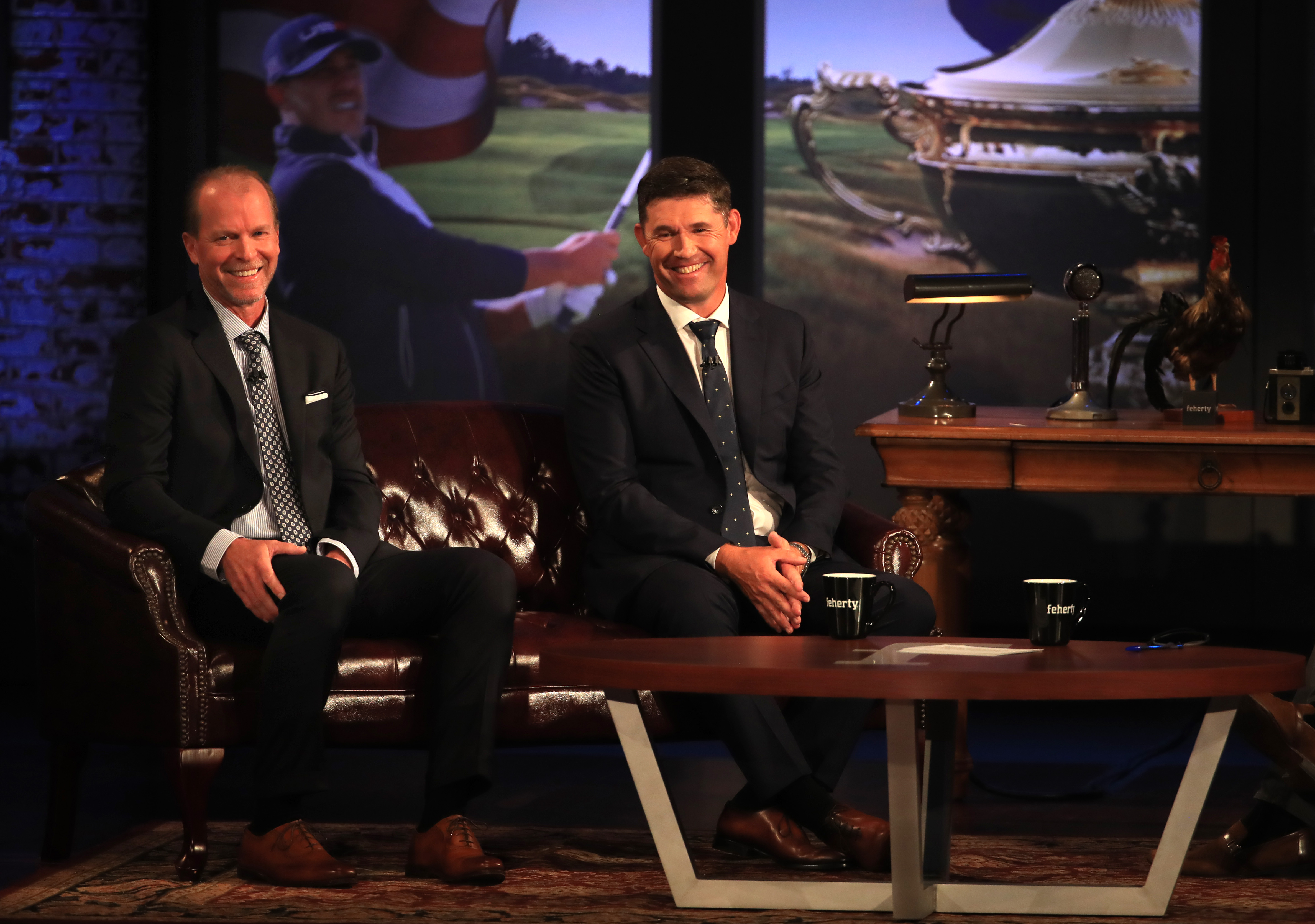 U.S. Ryder Cup Captain Steve Stricker and European Captain Padraig Harrington onstage during an interview on the Feherty Live, Countdown to the Ryder Cup show, as part of the Ryder Cup 2020 Year to Go media event, in 2019 in Sheboygan, Wisconsin. (Photo by Andrew Redington/Getty Images)

“A lovely guy, he is,” Harrington said. “But you don’t do what Steve has done in this game without being a tough customer. You know there is a strong heart in there. I am well aware of that. I fear him more than anything else. The quiet ones are the tough ones, aren’t they?”

Xander Schauffele, the Olympic gold medalist and one of Stricker’s six captain’s selections, is only 27 but has witnessed Stricker’s intensity firsthand. In 2017, the two were grouped together in a U.S. Open qualifier in Memphis. Stricker had just turned 50. The U.S. Open was being staged for the first time in Wisconsin, at Erin Hills. Stricker wasn’t about to miss it.

“I think people see Stricker as the guy who may cry in an interview after he’s won a tournament, but playing with him, there’s a fire burning,” Schauffele said. Stricker shot 67-65 and was medalist at the qualifier. Fittingly, he didn’t leave until offering encouraging words to Schauffele, who was headed into a playoff. (Schauffele would advance, then finish T-5 at Erin Hills to jumpstart his career.) What did the young pro learn about Stricker?

“That the guy’s got some stuff under his sleeve,” Schauffele said.

When Stricker stands on the first tee on Friday morning at the 43rd Ryder Cup—a son of Wisconsin captaining a U.S. team in his home state—the moment will be highly emotional, but not too big for him. It brings a smile to Stricker’s face knowing the biggest spectacle in golf has come to Wisconsin. Stricker has one main ask for his team: For one week in September, he wants each player to be fully invested.

Without question, their captain will be. 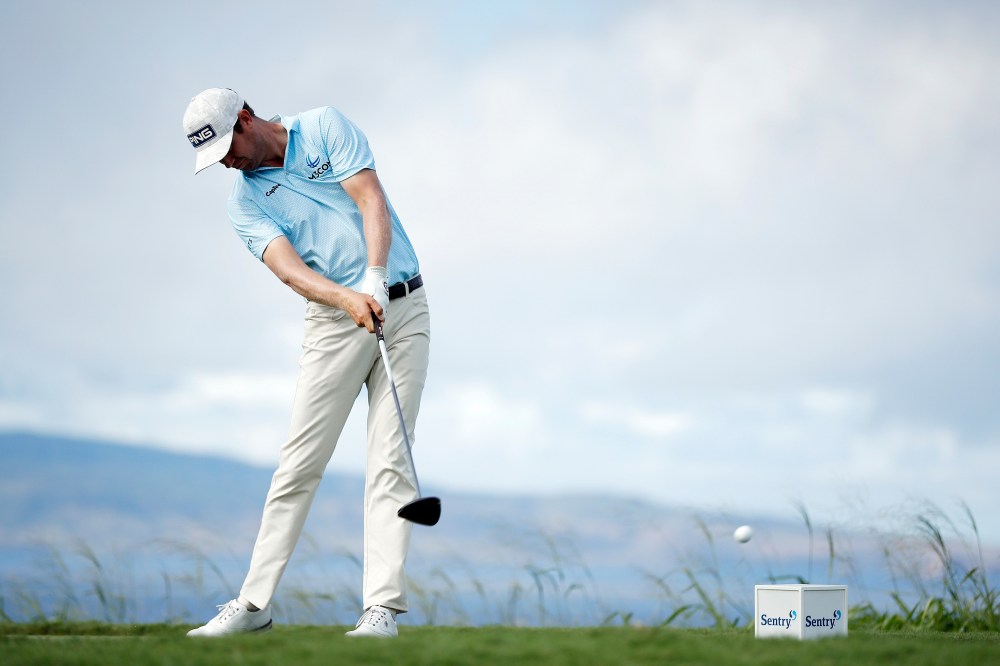 Are 6 Ryder Cup rookies too much for the U.S.? Captain Steve Stricker confidently answers the question.