Xander Schauffele has an Olympic gold medal and winning Ryder Cup memories to file away for 2021, but those two details alone won’t make the past year of his golf life go down as a complete success. As he makes his first start of the 2021-22 PGA Tour season at this week’s CJ Cup at the Summit Club in Las Vegas, Schauffele reflected honestly on the past year.

“I feel not that I failed on the PGA Tour season, but I didn’t really accomplish what I wanted to,” he said. “And I did get worse in certain categories throughout the year, but I was able to step up to the plate in sort of, I guess, tournaments that don’t count for the PGA Tour, or to a certain extent, I should say.

“It’s an interesting feeling. I feel like I’ve had success, but then again I missed out on a lot of things that I wanted to accomplish on the PGA Tour.”

Success in the Ryder Cup – one of those “tournaments that don’t count” – certainly helped wash the bad taste out of his mouth from last season, but statistics gathered in the run-up to that event also exposed some harsh realities about his game.

“I mean, the scouts from the Ryder Cup let me know that from pretty much 80 to 140 yards, I got worse, I performed worse,” Schauffele said. “So I told them thank you for the kick in the rear end to be better.” 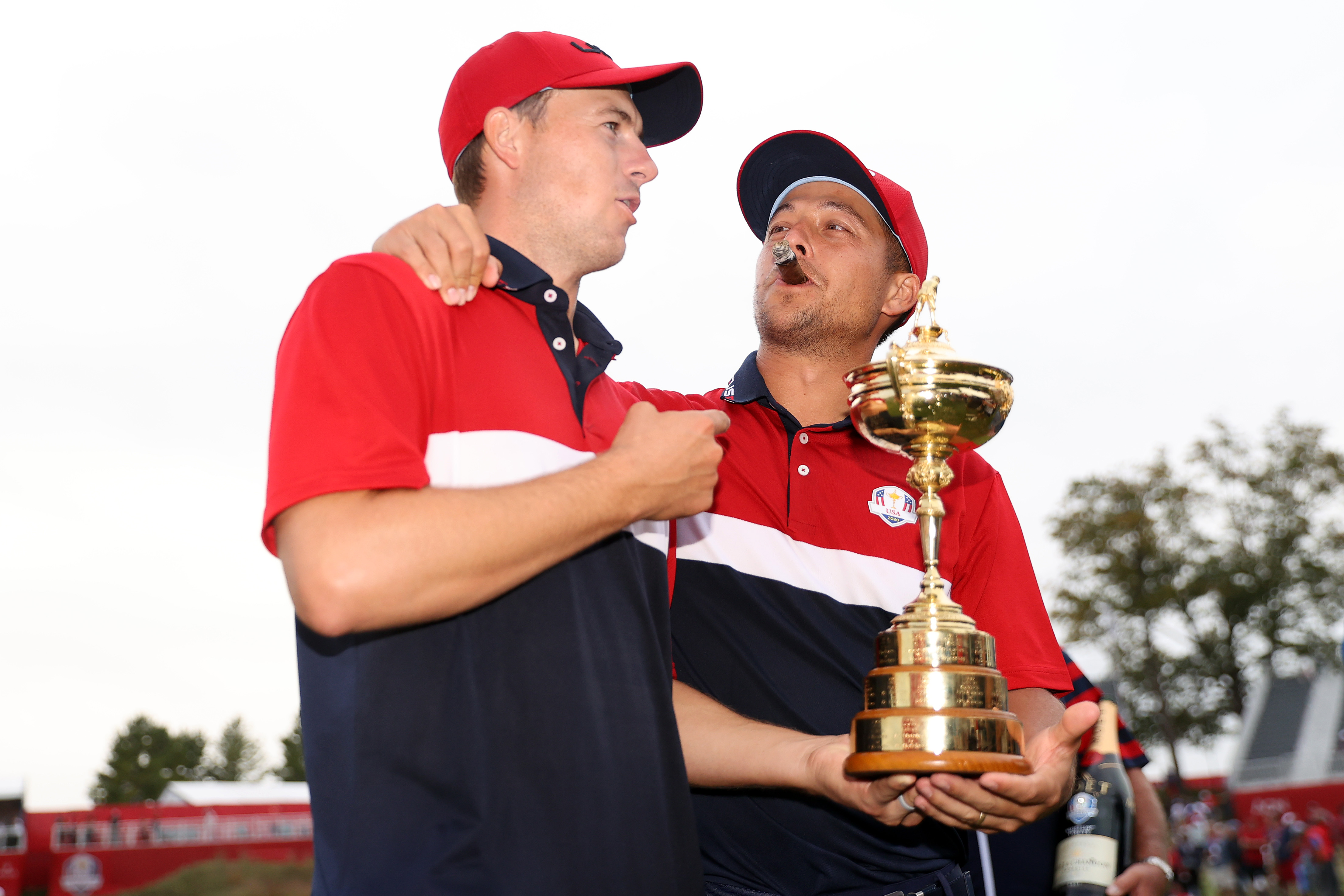 The Ryder Cup and Olympics are what Schauffele referred to as “non-Tour wins” but they bring a confidence boost all the same. In terms of mindset, no-cut events – like this week’s CJ Cup – bring a different vibe, too. Asked whether four guaranteed rounds helps him feel like he can free-wheel it a little bit more, Schauffele noted there could be something to that thinking.

Three of Schauffele’s four career Tour victories have come in such events.

Early on, when Schauffele was navigating the Korn Ferry Tour as a newbie pro in 2016, he missed eight cuts in his first 12 events. He didn’t explode onto the scene until later in her career, noting, “I never really had like an easy time running through tournaments.”

“So I think if I am playing well and I do get in these no cut events,” he said, “there’s a chance that mentally or subconsciously I am sort of freewheeling it, like you said. I’ll take more risk and not really feel any pressure to pull it off because I know there’s no penalty in the end.”

With 77 other golfers competing for a first-place prize of $1,755,000, that’s a particularly appropriate attitude for the gold medalist to take this week in Las Vegas.

Golfweek. 14th Oct 2021 12:37 pm. The no-cut CJ Cup could put Xander Schauffele in the kind of freewheeling mindset in which he operates best. Available at: https://golfweek.usatoday.com/2021/10/13/pga-tour-xander-schauffele-cj-cup-freewheeling-mindset/