In a step to boost golf tourism on the KZN south coast, the SA Final was supported by Tourism KZN and hosted at Selborne Hotel, Spa & Golf Estate, who opened their doors early to host the SA Finals following recent major renovations under the new owners, First Resorts Management.

The first round teed off to wet conditions, following much needed rainfall the night before. However, this did little to dampen the high spirits of the golfers who ended the day on a tightly contested finish in 3 out of the 5 handicap groups. The competition was fierce going into the second round, with a nail biting final 18 holes to be played. Prevailing winds brought about an unexpected swing in events as the leaders fell back in the field and were overtaken by a strongcontingent of golfers from the Western Cape.

In the 0-5 handicap group, Christian Cloete made a charge up the field to claim his team spot on a 144 Nett finish. Dudley Rosier secured the 6-10 team place with his 145 Nett finish. Also securing their trips to Turkey was Brian Felix in the 11-15 handicap group on 140 Nett andKani Pillay in the 16-20 flight on 151 Nett.

The only lady in the final field and the only team member not from the Western Cape is Jeshika Ramsunder from KZN. She played a consistent game from tee-off to her final putt that secured a victorious finish of 139 Nett and her TEAM SA spot in the 21 – 25 handicap group.

As the twice-defending champions, TEAM SA will be tasked with bringing the trophy home when they put their skills to the test against more than 40 countries for the team title and individual handicap group trophies.

In his address at the TEAM SA announcement, KZN Deputy Director at Economic Development, Tourism and Environmental Affairs, Mr Nurdesh Maharaj, said that Tourism KZN’s long standing relationship with the World Amateur Golfers Championship had played a major role in boosting golftourism for the province and country. He went on to congratulate TEAM SA and added that as representatives of South Africa they, like any other sports team, had the full support of the province and country at the World Final. 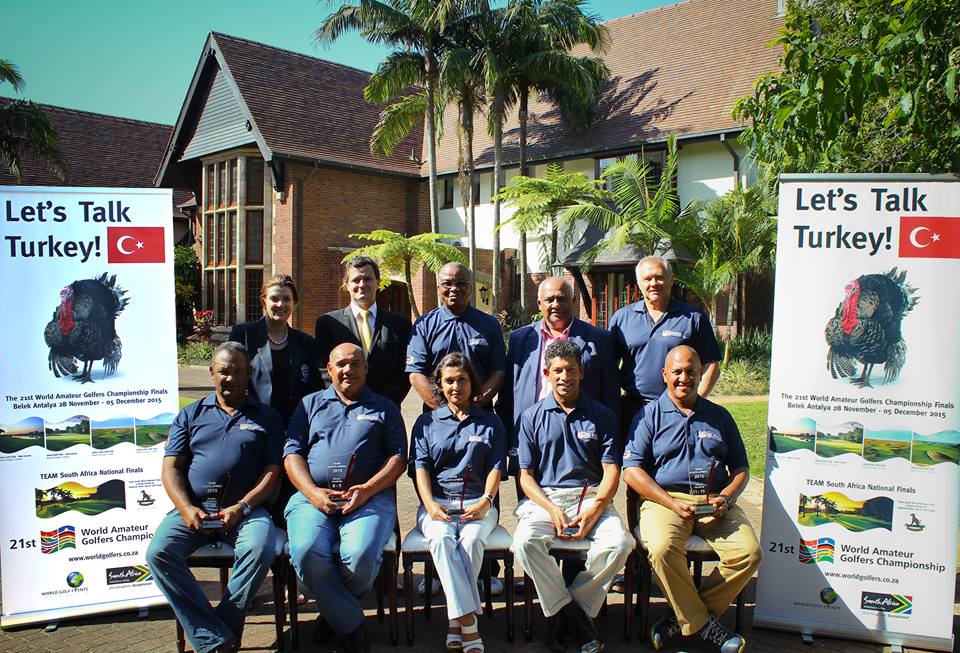