After a tough start, the team found themselves under pressure, but quickly adapted and rallied to work their way back up the field in an impressive display of determination to defend the title. However, despite all efforts a major shift in the leaderboard on the final day saw rivals team Malaysia claim the title on a winning 851 nett finish, with Singapore in 2nd place on 858 nett and Vietnam in 3rd spot on 871 nett. KwaZulu-Natal TEAM SA finished 5th on a combined nett score of 886 nett, just 6 shots behind China in 4th place and 5 shots ahead of the USA after tee-ing off the final round 3 shots behind their American rivals.

“From the moment we arrived in Turkey I was blown away by every aspect of this event. The tournament fronted very tough competition in all of the handicap groups, but was played in an amazing spirit of camaraderie and integrity in each division. We have returned home with wonderful new friendships and on overall unforgettable golf experience,” said Christian Cloete.

In a fiercely contested 0-5 handicap group, Christian secured a top 10 finish on 222 nett in 9th position. While in the 6-10 handicap group, Dudley Rosier tied 12th place with Indonesia on 229 nett. In the 11-15 handicap, Brian Felix showcased his drive to win and just missed the trophy podium by two shots on 220 nett and a 4th place finish behind Brazil.

In the 16-20 handicap group, Kani Pillay finished in 7th place on a well deserved 225 nett, one stroke behind Italy. Jeshika Ramsunder, the only women in the team, battled fierce competition in the 21-25 handicap group to achieve a 231 nett finish, securing 12th place.

“We are very proud to have represented South Africa at the 21st World Final. The team did a sterling job to embrace every opportunity to display to the rest of the world the professional level of amateur golf in our country. We would like to thank our team sponsor, Tourism KwaZulu-Natal for their support and for making this dream a reality for amateur golfers in South Africa,” said Arthur Mzimela KwaZulu-Natal TEAM SA Captain and Director of World Golf Events South Africa. 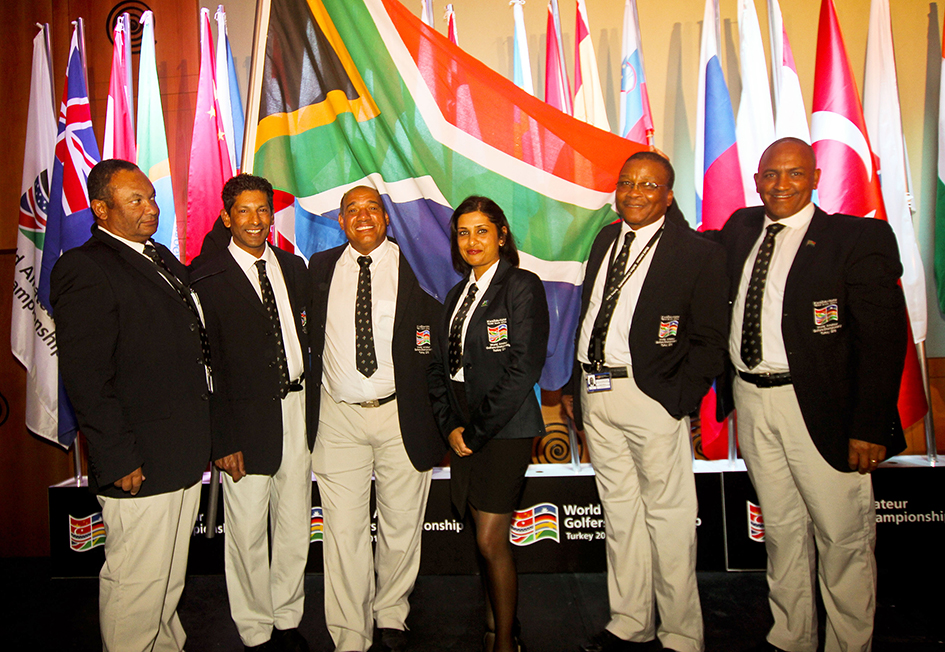