The pressure is on the USGA to host a better tournament after they tried a new course in 2015 (Chambers Bay). The consensus with the players two years ago was that it was a horrible event characterised by bumpy greens that made it almost unplayable.

It remains to be seen whether Erin Hills receives the same criticism from a set of players aiming to entertain spectators in their quest for glory. The ridiculous toughness is a hallmark of US Open courses and perhaps that will provide the entertainment factor again as players enter the relative unknown and scramble for major honours.

Calling a winner might prove tricky, in keeping with the nature of the golf course, as a wide-open field fights for the right to win the first major hosted at Erin Hills. Defending champion and World number 1 Dustin Johnson has the shortest odds and is bidding to be the first player to win back-to-back US Open titles since Curtis Strange in 1989. Watch out for fellow American and 2-time major winner Jordan Spieth.

It’s no secret that world number 2 Rory McIlroy enjoys long golf courses because of his prowess with a driver. The Northern Irishman has recovered from a rib injury and will definitely be a danger man.  2013 US Open champion Englishman Justin Rose is a calculated bet to place well at Erin Hills. He narrowly missed out to Sergio Garcia at The Masters in April and he has the all-round game to challenge here. Spaniard Garcia is an outside bet after his Masters win but this course might provide too many putting troubles for him. 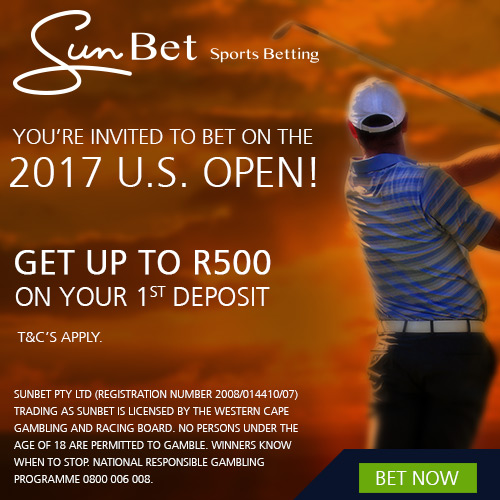