Jessica Korda has given up on seeing her suitcase this week in Scotland. On Monday, she wore Megan Khang’s pants (the significantly shorter Khang rolls up her pants, Korda said.) On Tuesday, she wore her sister Nelly’s pants. On Wednesday, she borrowed Alison Lee’s.

“If anyone knows anyone at the Zurich airport that would like to put my suitcase on the one flight a day that they have coming into Edinburgh,” said Korda, “I’d deeply appreciate it.”

A six-time winner on the LPGA, Korda opened the AIG Women’s British Open with a 5-under 66 at iconic Muirfield that included a 20-foot eagle putt on the 17th. She wore FootJoy pants on a rainy, windy and sunny Thursday morning after receiving an emergency shipment before the first round.

Korda has an AirTag on her bag so she knows where it sits, but she can’t get her hands on it, a common refrain for many travelers to the U.K. and Europe this summer. Given the chilly temps in Scotland, Korda has especially missed her accessories.

“Wearing a Muirfield hat right now,” she said. “I have some great partners and it’s just tough, when you play well and you’re obviously in the hunt, and you can’t kind of wear that. A lot of my warm stuff. My hand warmers … my hands get really cold, so I wear gloves all the time. That, and I’ve got a lot of heat patches for my lower back and my vitamins, don’t have that.” 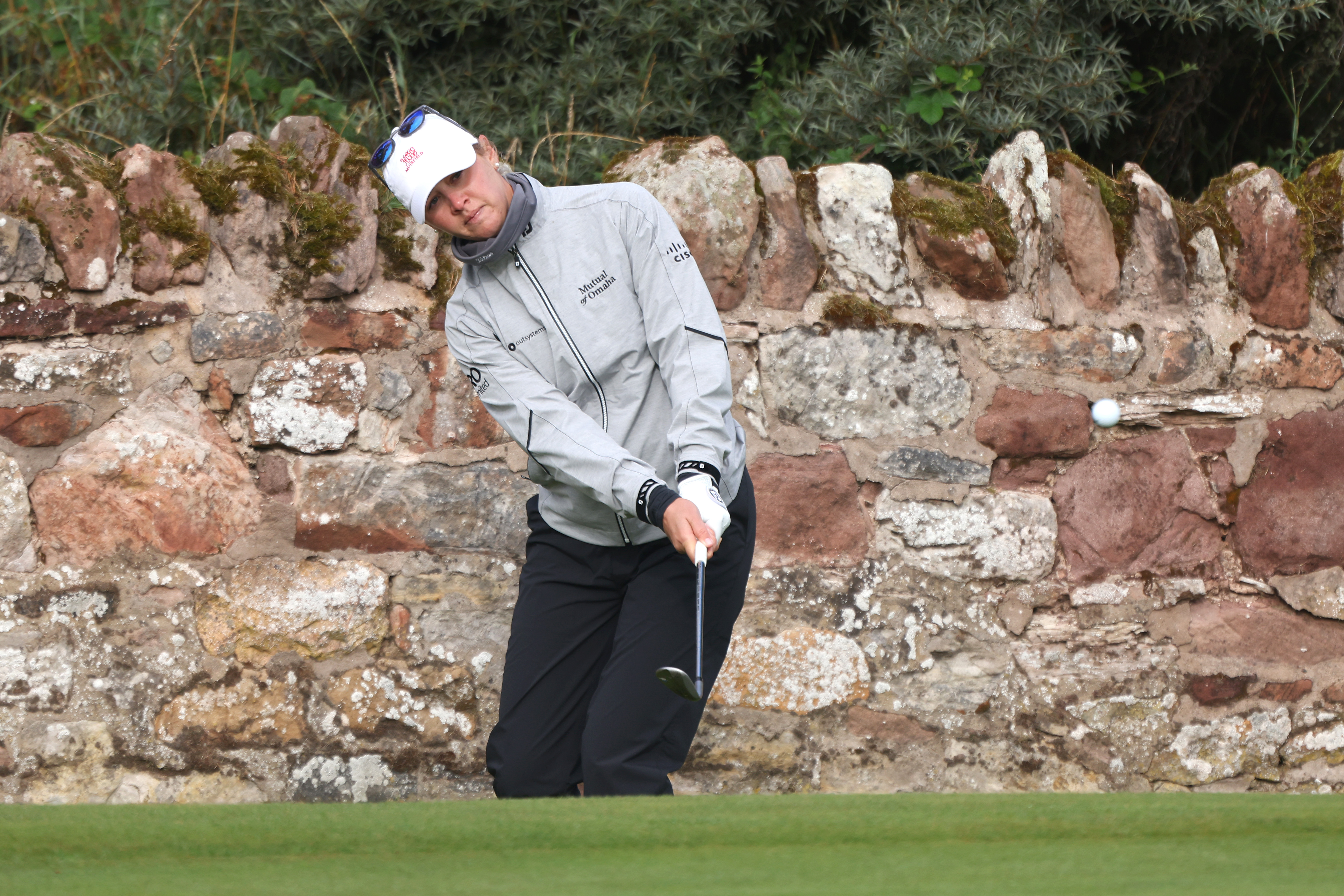 Jessica Korda plays their third shot on the second hole during Day One of the AIG Women’s Open at Muirfield on August 4, 2022, in Gullane, Scotland. (Photo by Charlie Crowhurst/Getty Images)

Korda posted her best finish of the year in a major last spring with a runner-up showing to Jennifer Kupcho at the Chevron Championship. She has one top-10 finish at the AIG, a tie for fifth, back in 2014. The 29-year-old American trails 2019 AIG winner Hinako Shibuno by one shot.

“It’s really fun,” said Korda of playing Muirfield for the first time. “Really stressful. Definitely would like to not have to put a score together, but it’s fun to be able to hit different shots.

“I’m aiming so far left or so far right of like my actual finishing line, which is not something I do obviously on a weekly basis, so there’s a lot of trust in my golf game. Almost like being willing to fail on every single shot, it’s pretty tough, but fun to be able to see the ball do things that you normally don’t see it do.”

Korda’s younger sister, Nelly, teed off in the afternoon. 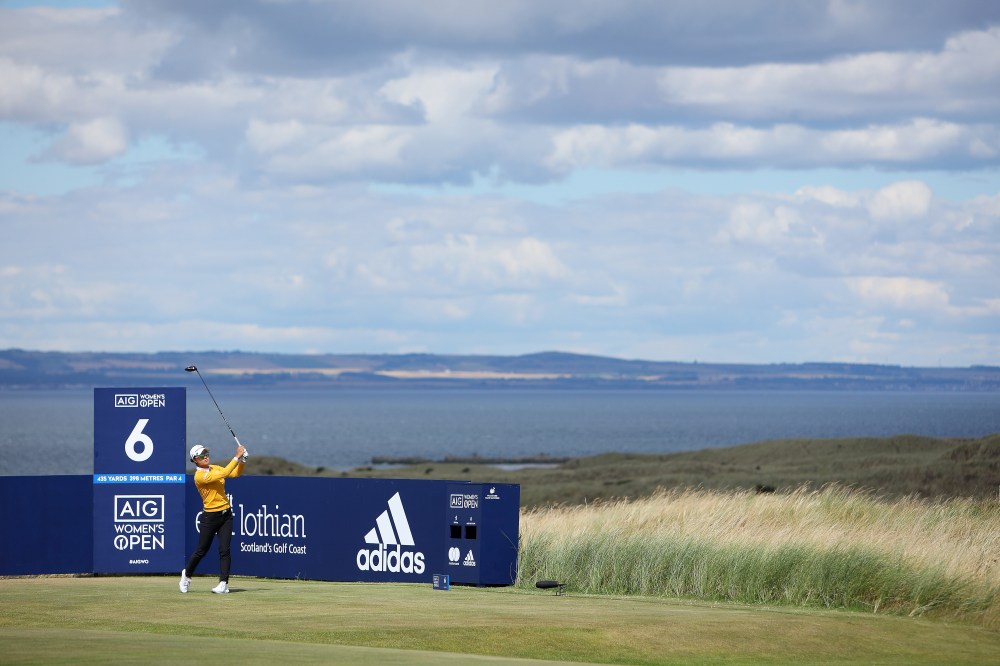