This month we look back at some of the interesting facts and figures from the rounds of golf recorded on the HNA Handicap system in 2019.

The number of golfers registered on our system increased by 5% in 2019. While this may be partly attributable to us welcoming new golfers from Namibia, Botswana, Eswatini, Zambia, Zimbabwe, Malawi, Tanzania, Mozambique and Democratic Republic of Congo onto the HNA system, we were pleased to note that the number of South African golfers increased by 2,8%.

The average Handicap Index for male golfers is 14.4, whereas for women it is 21.8.

The proportion of junior golfers in the country increased slightly in 2019, from 4,5% to 4,6%, but the largest section of golfers comes from the over-50 age group category.

An impressive tally of 79 golfers submitted at least 200 scores over the course of 2019. The average number of scores entered per person stands at 28, which equates to more than two scores per month.

The number of golfers who are making use of the Premium service on the HNA App rose by 268% in 2019, following the release of the new version that allows golfers to create and run their own public and private tournaments – with live scoring. Premium users of the App can also track their statistics, follow the handicaps of friends and access their national and club rankings. The Premium version of the App costs R149.99 per year and golfers can download a free 30-day trial here.

Over the course of 2019, the HNA website www.handicaps.co.za received an impressive 6 626 455 page impressions.

Interestingly, March 2019 was the busiest month for South African golfers, with 366 669 scores submitted, closely followed by January, December and November, in that order. July was the quietest month for golfers, with only 295 549 scores being entered.

Westlake again headed the list of 18-hole facilities, with 42 580 recorded rounds, followed by Stellenbosch on 40 560.
Note: these figures are only for rounds that are registered on the HNA system. 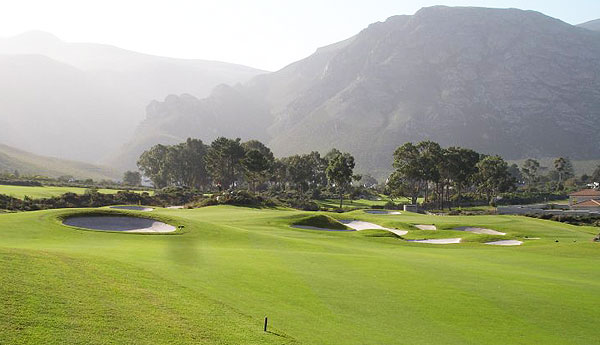 In 2018, it was Hermanus Golf Club that topped the Registered Rounds Percentage list, with 91,4%. Despite improving to 94%, the Boland club slipped back to third spot in 2019, behind Jagersfontein (94,1%) in the Free State and Dolphin’s Creek (95,2%) in Mossel Bay. All three clubs should be commended for their commitment to registering rounds.

According to the GolfRSA Slope and Course Ratings, The Links at Fancourt (Black Tees) remains the most difficult course in the country for men, with a course Rating of 78,9 and a Slope Rating of 155.

For women, Glendower’s Yellow Course is considered the toughest of all, with a Course Rating of 83,0 and a Slope Rating of 155.

“Missing a short putt does not mean that you have to hit your next drive out of bounds.” – Henry Cotton