This month we discuss the stroking of holes on golf courses and include some extracts from the European Golf Association and USGA Handicap Manuals to get a better understanding of the current international best practices.

The new World Handicap System (WHS) guidelines of how to stroke a course will be published in the WHS Handicap Rules, which will be going live in 2020. They are expected to be similar to the current international guidelines, which are discussed below.

The purpose of Handicap Strokes

However, handicap strokes are allocated to holes to assist the higher-handicapped player compete in match play (singles or betterball). So the strokes should be evenly spread across all 18 holes, and the low strokes should not come right at the end of the nine or at the beginning, and should generally be given on the longer holes where the higher-handicapped player most needs them. Please see the guidelines below from the international manuals.

To provide consistency at affiliated clubs, it is recommended that the allocation is made with the following considerations:

– It is an established fact that the Stroke Index allocation has virtually no influence on the Stableford result and therefore on handicap adjustments.
– It is of paramount importance for match play that the strokes to be received at all handicap differences are evenly spread over the 18 holes.
– This is best achieved by allocating the odd-numbered strokes to the more difficult of the two nine holes, usually the longest nine, and the even numbers to the other nine.
– The degree of difficulty of a hole related to par is a factor for the sequence of allocation.
– The degree of difficulty can be derived from the bogey rating or by comparing the average score of a group of club members to par.
– Try to achieve one stroke index table for all tees, men and women.
– The player who is to receive strokes will generally need his equaliser starting on the most difficult Par 5 and subsequently on the most difficult Par 4 followed by the other Par 5s. Next in order are the Par 4s and finally the Par 3s. A very difficult Par 3 may take priority over a Par 4. Difficult holes are generally a Par 5 not reachable in three or a Par 4 not reachable in two for the average player. 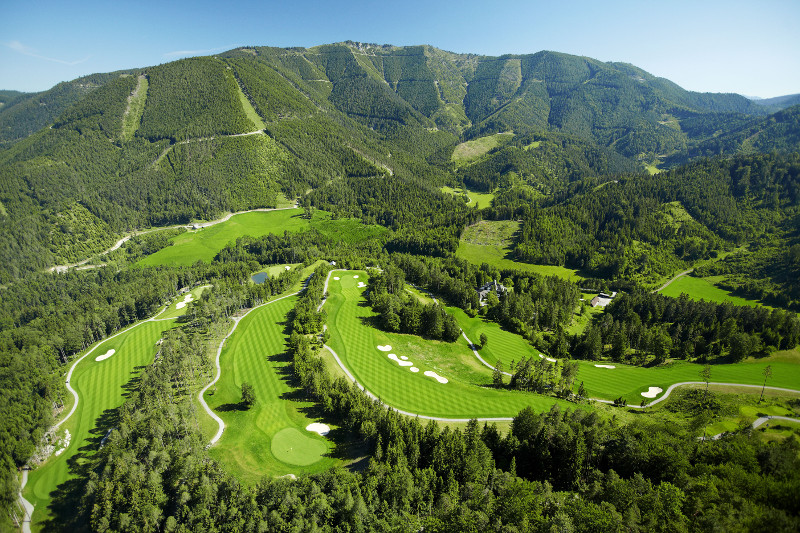 Allocating Stroke Index numbers to the holes could be done in the following way:

Below is an example of how the EGA proposes clubs should allocate strokes:

The USGA Manual recommends as follows:

The basic principle of allocating handicap strokes is to equalise the abilities of players at different handicap levels. A handicap stroke should be an equaliser rather than a winning stroke and should be available on a hole where it most likely will be needed by the higher-handicapped player to obtain a half in singles or fourball match play.

Without substantially deviating from the above principles, allocating low-numbered strokes to holes near the end of each nine should be avoided so that players receiving strokes will have the opportunity to use these strokes before either nine or 18-hole matches are decided. Lower-numbered strokes should not be allocated to the first and second holes of a course in the event that a hole-by-hole playoff is necessary.

The following procedure is recommended but is not mandatory because it has minimal effect on handicaps. The committee should use good judgment when reviewing the course hole-by-hole. Difficulty in making par on a hole is not an effective indicator of the need for a stroke.

Importance of Low Strokes
The first handicap stroke should be allocated so that this stroke is most useful in a match between players of almost equal ability (eg: a match involving players with a Course Handicap of 0 and 1, 10 and 11, or 29 and 30).

The second handicap stroke should be allocated so that this stroke is most useful in a match between players having a slightly greater difference in Course Handicap (e.g., a match involving players with a Course Handicap of 0 and 2, 10 and 12, or 29 and 31). This process should be continued until the first six strokes have been assigned.

“I expect to make seven mistakes per round. Therefore, when I make a bad shot, I don’t worry about it. It is just one of those seven.” ~ Walter Hagen