After Sungjae Im’s victory at the Shriners Children’s Open, the PGA Tour heads just 10 minutes down the road to The Summit Club for the CJ Cup. Jason Kokrak is the defending champion, whose Sunday 64 cemented his two-shot victory over Xander Schauffele.

While the Shriners hosted a pretty decent field last week, despite several of the biggest names missing the cut, the CJ Cup is welcoming many of the best players on the planet.

World No. 2 Dustin Johnson is making his 2021-22 season debut, but if his play at the 43rd Ryder Cup at Whistling Straits is any indication, he should be right in the mix come Sunday afternoon. Johnson’s partner throughout much of the United States’ rout of Europe, Collin Morikawa, is actually a member at The Summit Club. Justin Thomas, like the aforementioned pair, is making his season debut. He’s a two-time CJ Cup champion, with both wins coming at Nine Bridges, a championship layout in South Korea.

The CJ Cup is once again state-side due to the COVID-19 pandemic.

Quick note: I wouldn’t read too much into its location. Despite the surrounding dirt and desert, this course will play more like a parkland style, with only the furthest off-target tee balls having a chance to find the sand.

It’s always tough to determine key stats for a venue of which we have little-to-no knowledge. It’s the first time The Summit Club will be featured on the PGA Tour, and it’s private existence lends zero insider information.

However (from what I’ve been able to put together from their website, photos, and YouTube), it looks like a big ballpark. Driving distance, more often than not, is an advantage on Tour, and this week seems like no exception.

Viktor Hovland: Hovland’s ball-striking at the Shriners Open was on another level. He gained 5.42 strokes off the tee, while gaining another 5.28 on approach. However, he lost 8.91 strokes around the green. That’s bad. That’s almost so bad I can’t wrap my head around it. I don’t expect that to happen again, though.

Despite the different venue, Hovland competed well in the loaded CJ Cup field last year and finished T-12. If you’re looking for a course comparison, I love to highlight other courses designed by the same architect. Quail Hollow, which went through a 2017 renovation by Tom Fazio, is a good place to start.

Back in May, Hovland tied for third at the Wells Fargo Championship (played at Quail Hollow).

If his short game is even mediocre this week, look for him to improve on his T-44 from the Shriners, and even find himself in the mix come Sunday.

Viktor Hovland hits his tee shot on the 14th hole during round one of the Shriners Children’s Open at TPC Summerlin on October 07, 2021 in Las Vegas, Nevada. (Photo by Alex Goodlett/Getty Images)

Rory McIlroy: If you’ve never listened to my podcast, Twilight 9 (coming soon to Golfweek), let me share a little tidbit with you. I love Rory McIlroy. That’s my guy, and every single time he tees it up I talk myself into thinking he’ll win that week (just wait for the Masters, I really turn it on every April).

Do I love what I saw at the Ryder Cup? Nope, although he did beat Schauffele pretty handily in their Sunday singles match. But his course history couldn’t be much better than that at Quail Hollow, which includes a win just a few months ago over Abraham Ancer.

This will be his first start of the new season, so hopefully he’s used the last few weeks to get his game back in shape. 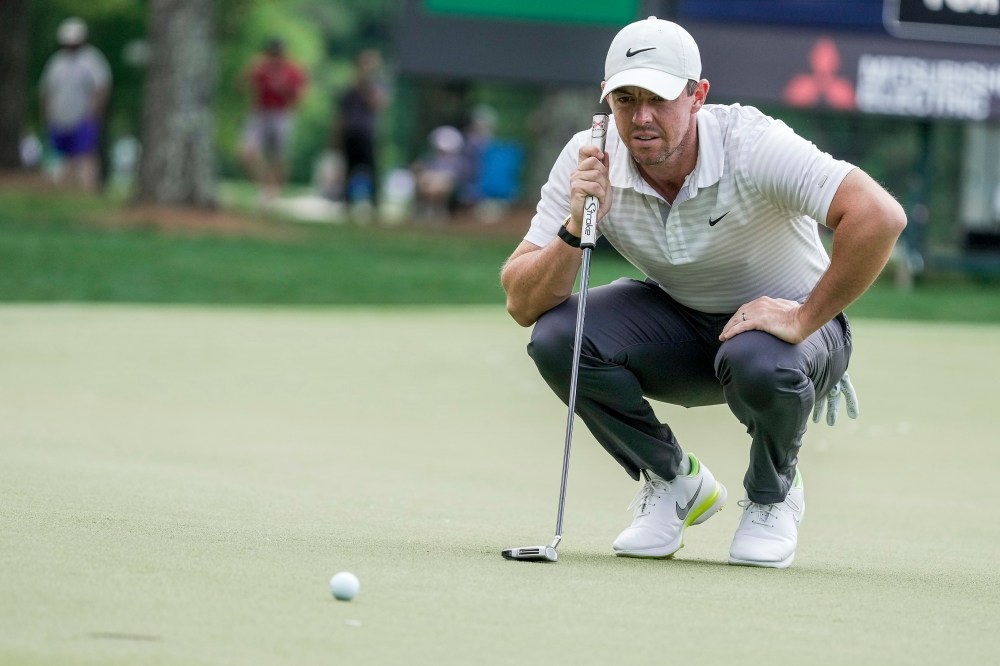 Max Homa: It’s tough to ignore the value we can still get with Homa (+6000), especially since the last time he teed it up, he won. The Fortinet Championship was Homa’s third win on Tour, and he’s establishing himself as a top player in the world.

He resides in Arizona, so playing in the desert will make him feel right at home. Homa averaged over 310 yards off the tee in Napa, so keeping up with the big boys won’t be an issue for him.

If his iron game also made the trip to Nevada, keep an eye out for Homa. Love him for a top 20 this week. (Also, I don’t know how someone could possible bet against that mustache.) 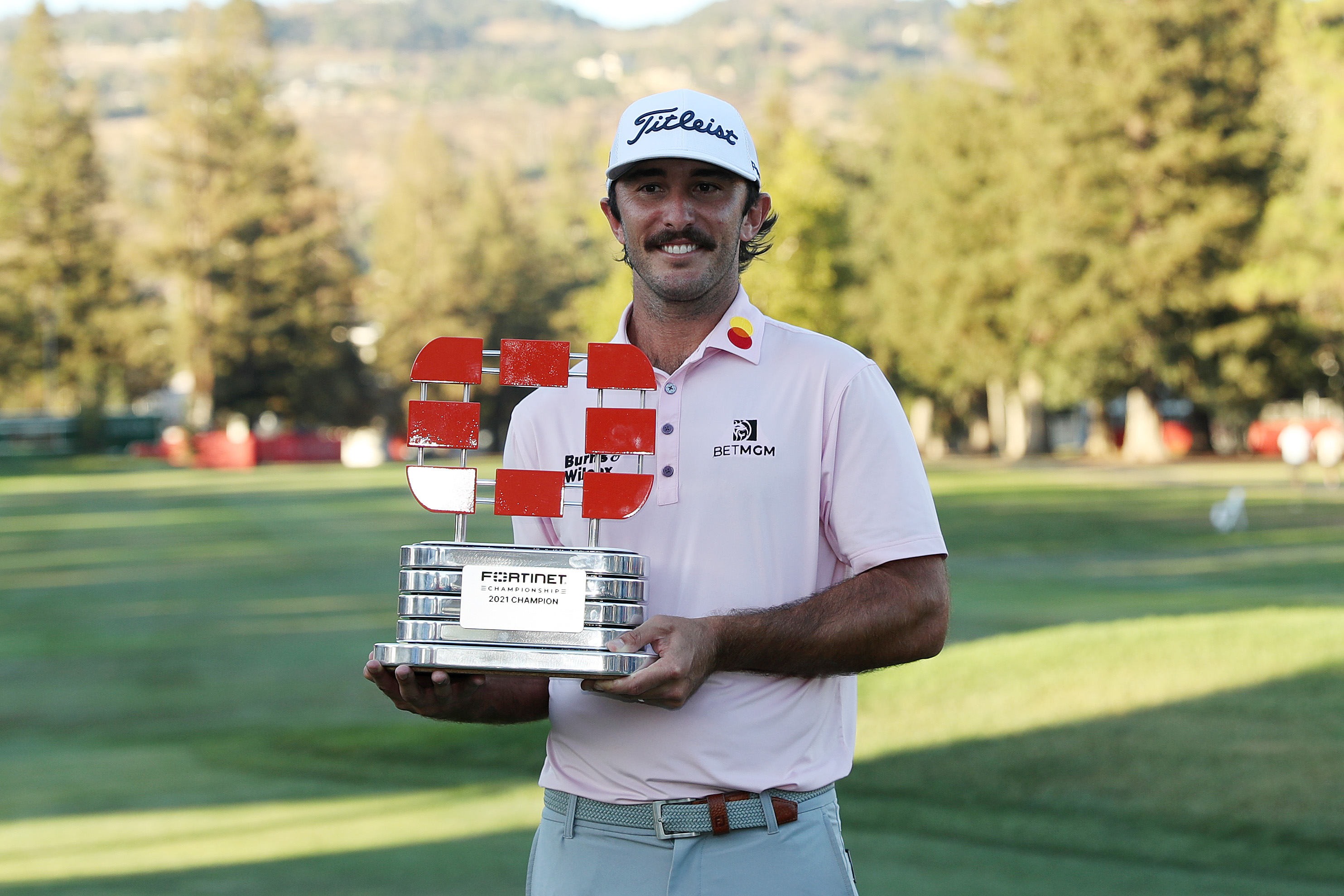 Max Homa celebrates with the champion’s trophy after winning the Fortinet Championship at Silverado Resort and Spa on September 19, 2021 in Napa, California. (Photo by Meg Oliphant/Getty Images)

Collin Morikawa: Tough to argue he doesn’t have a leg up on this field.

He’s coming off a stellar performance at the Ryder Cup, with his only non-win coming in Sunday singles where he halved with Hovland. He’s not long off the tee by any means, but his out-of-this-world iron play makes up for that.

Last season at Shadow Creek, Morikawa finished a respectable T-12. This will be his 2021-22 debut. 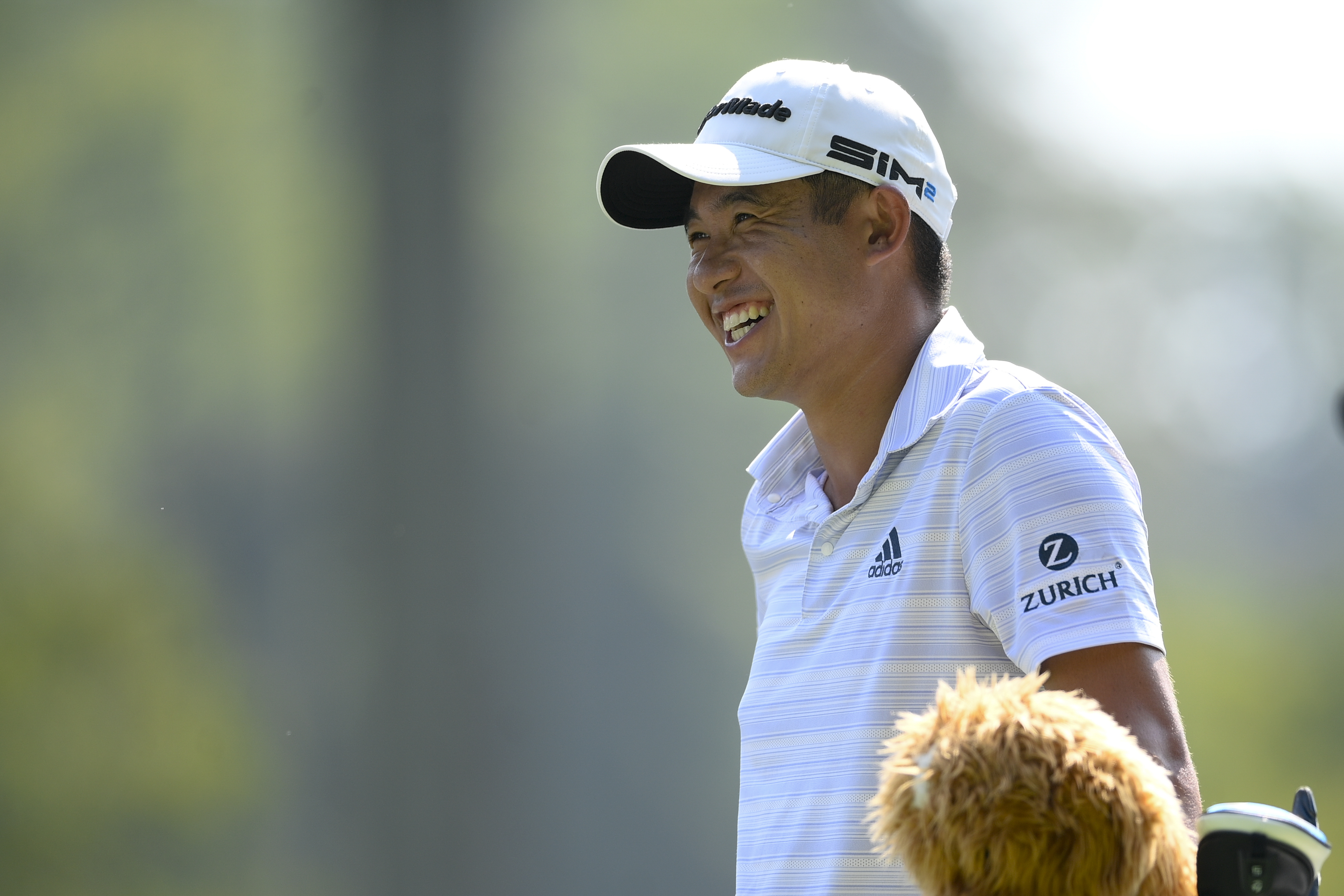 Collin Morikawa reacts before teeing off on the sixth hole during the Pro-Am at the BMW Championship golf tournament, Wednesday, Aug. 25, 2021, at Caves Valley Golf Club in Owings Mills, Maryland. (AP Photo/Nick Wass)