Capital One's The Match: How to watch the Bryson DeChambeau-Brooks Koepka showdown

The fifth installment of Capital One’s The Match is set for Friday, Nov. 26, the day after Thanksgiving.

Three of the four previous matches were team events. This time around, it’s mano a mano, with longtime social-media combatants Bryson DeChambeau and Brooks Koepka going head-to-head just off the Las Vegas strip.

Turner Sports will once again have the exclusive coverage of the event, with TNT, TBS, truTV and HLN all carrying the simulcast live starting at 4 p.m. ET.

Wynn Las Vegas, home of top-ranked Wynn Golf Course, the only golf course on the Las Vegas strip, is the host venue for the 12-hole showdown.

On the call will be Brian Anderson with the play-by-play. He’ll be joined by Phil Mickelson and Charles Barkley. Amanda Balionis will be the on-course reporter. Mickelson recently said Barkley is “one of the funniest people” he knows, so you can bank on plenty of trash talk.

In addition to being a commentator, Mickelson is also an executive producer of the event, as is Tom Brady’s content and production company, 199 Productions.

This brings the event full-circle—the initial Match pitted Mickelson against Tiger Woods in Las Vegas in 2018 at Shadow Creek.

DeChambeau made his Match debut pairing with Aaron Rodgers in July, when the tandem topped Mickelson and Brady.

This will be Koepka’s first Match appearance, although through his foundation he donated $100,000 to COVID-19 relief efforts during Capital One’s The Match: Champions for Charity in May 2020 in connection with a memorable front-nine birdie from Brady.

The Match: From Kyle Berkshire and Paige Spiranac to Pat McAfee and Aaron Rodgers, here’s who we want to see in future matches 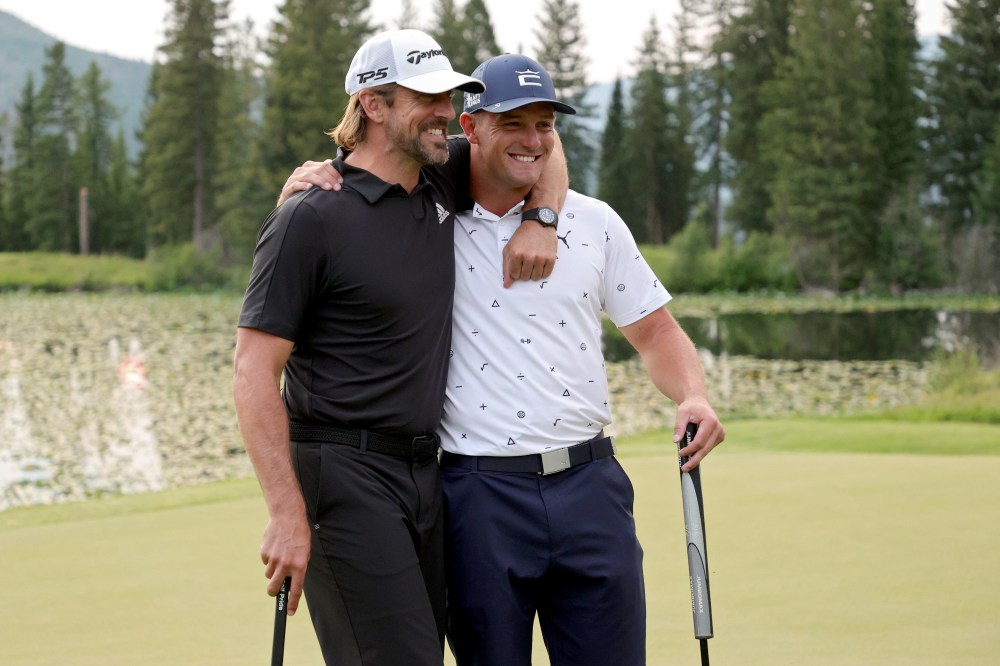 The Match will feature open mics throughout the entire competition. Koepka and DeChambeau will be able to communicate with each other, of course, but also the TNT broadcast team during the event.

One sure winner of the Match will be several charitable foundations. There will be several in-game challenges—long-drive and closest-to-the-pin contests—that will raise big bucks for good causes.

After career year, Nelly Korda lands on Forbes' 30 under 30 list
2nd Dec 2021
Golf Central Podcast: Will we see Tiger at PNC? Ever again on PGA Tour?
2nd Dec 2021
The many seasons of Rory McIlroy: Smiles, frowns and everything in-between
2nd Dec 2021
Rory McIlroy has to answer one too many questions about that 'f****** ripped shirt'
2nd Dec 2021
New dad Jordan Spieth says fatherhood is 'great'; happy to 'sneak away' to Bahamas
2nd Dec 2021
$15 billion man on Tony Finau's bag this week at Hero World Challenge
2nd Dec 2021