Collin Morikawa makes winning look easy. Two majors in his first eight career starts in the Big Four, more victories (five) than missed cuts (4) since turning pro in 2019. It’s heady stuff. He may have flown commercial back to the U.S. after winning the British Open on Sunday in England, but that’s about all he has in common with us mere mortals.

Then there’s the likes of Michael Thompson and Seamus Power who grind for that day when their dream comes true. Thompson, 36, is back at TPC Twin Cities in Blaine, Minnesota, to defend the PGA Tour’s 3M Open, where he notched his second career victory – 2,402 days since the previous one.

“This has been my dream ever since I was 7 years old, to play on the PGA Tour,” Thompson said after coming out on top seven years after winning the 2013 Honda Classic. (He did win the 2016 Boise on the Korn Ferry Tour.) “It was a shootout. I mean, anybody could have won. It just means the world to me because it solidifies in my mind that I’m one of the best golfers in the world and that I can compete every single week out here.”

Speaking during his defending champion’s pre-tournament press conference, Thompson touched on the struggle that he and so many pros endure – paging Richard Bland, who made 478 European Tour starts before winning the British Masters in May. After all, there’s only one winner every week and as many as 155 other pros in the field left to answer what went wrong.

“I didn’t know if it would ever come. You believe in yourself and you work hard and we grind every day to try to have that success. It’s obviously easy for some guys, but for myself, kind of a journeyman guy, been out here for a long time, just kind of steady, when you get in that situation, the tendency is to put a lot of pressure on yourself to try to close out the tournament, to win. It was just a special moment,” Thompson said. “Going through that struggle over seven years makes the win even more special and more important to me. Obviously now I know I can do it multiple times, so there’s that little bit of extra confidence that I can do it again. The process doesn’t change, it’s just continue to give myself opportunities and try to make as many putts as I can and give myself a chance come Sunday. I know I can do it and I have the belief that I can do it, so hopefully I can give myself another chance to do it again this week.” 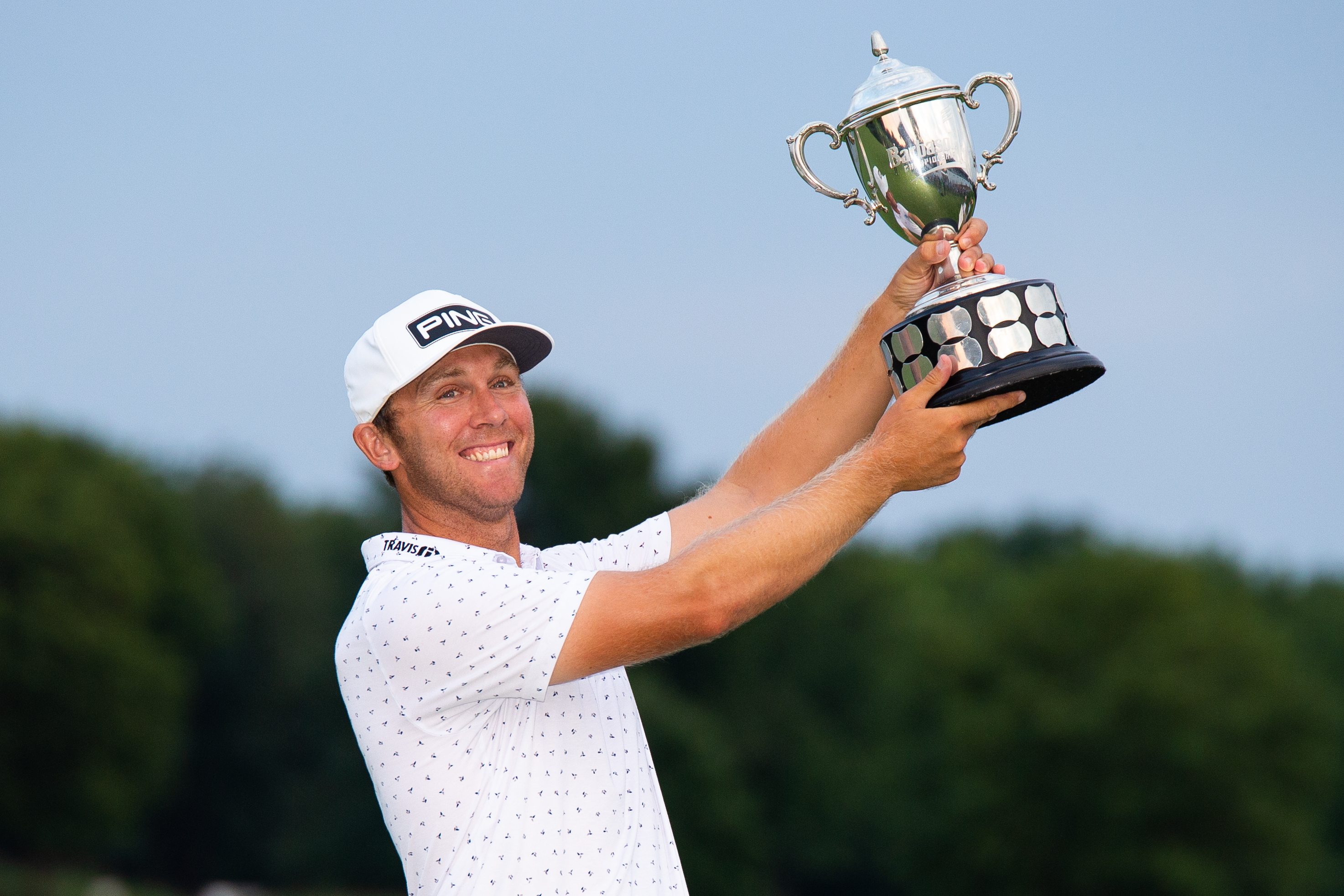 Last week, it was Power’s time. The journeyman pro from Ireland in his fifth year on the PGA Tour and playing this season out of the Nos. 126-150 category was winless in 106 career starts. It took a stretch of five straight top-20 finishes just to climb inside the top 125 in the FedEx Cup standings. But Power birdied two of the last three holes at the Barbasol Championship on Sunday and got some help when J.T. Poston made double bogey at 15 just to get into a playoff. Six holes later, he was a first-time champion on the PGA Tour.

“Unbelievable day, career changing, life changing, all that kind of good stuff,” he said. “Probably two months ago just to get into the Playoffs, I would have been absolutely over the moon.”

Both he and Thompson share a wonderful disposition. They are two of the most affable guys you’ll ever meet. How does Power keep such a positive outlook?

“I view myself as extremely lucky. I’m 34 and I’ve yet to work a day in my life. So, every time I get to play a tournament or play an extra year on Tour, to me it’s a massive bonus. I love playing golf, it’s my favorite thing to do,” he said. “Even if I didn’t win, my attitude is I still would try to be very much on the positive side. It’s still golf, I still get a check for playing golf and I don’t have to work in an office from 9:00 to 5:00, so I’m very, very lucky.”

Hard work. Determination. Perseverance. These are words thrown around all the time to describe an athlete who overcomes some hurdle to achieve success. Thompson and Power personify these qualities but the critical characteristic that got them over the hump was self-belief.

“You need to have the belief that you can do it and you can overcome adversity and you can become a champion even when you don’t feel like you’re at your best,” Thompson said. “I really loved Rory McIlroy’s answer, I think it was back in January when he was kind of pursuing more speed and was starting to hit it kind of all over the place. He said, ‘You have to be the eternal optimist,’ you can’t stop believing in yourself because once you do, you no longer become competitive and you start to fade away from the game.”

What kept Power believing that his day would eventually come?

“My thought process always with golf is that if at any point I didn’t think I was good enough to win or compete at the highest level, I would have stopped playing. I would have done something else,” he said. “It’s like I think if you don’t have that way deep down, it’s one of those spots that you can say whatever you want, but it’s only you are going to know these things when you look in the mirror, and I’ve never lost that. I felt like I’ve always been able to win on every level I’ve been on and obviously not yet on the PGA Tour. So, I felt like I could and that belief definitely never left me.”

The grind never ends on the PGA Tour and the sacrifices made are many, but every once in a while the payoff of hoisting a trophy, of knowing you beat every one that week, makes it all worthwhile.